Installation and Licensing Guide The following information provides guidance for installing and licensing RenderMan Studio. Download Packages You should have downloaded the appropriate package s for the platform and version of Maya that you use. The packages are named like so: Product -Maya version - release - OS.

Note The Windows packages are compatible with Windows Vista, 7, and 8 bit. Support for site-specific custom Maya shaders has been improved. Users may need to delete the old shelf and restart Maya. We now support Maya's ability to render different frame ranges for different render layers.

RfM now supports the extrememotiondof option as a pass setting. This option should be used in scenes that employ both motion blur and depth of field. The selected camera panel in the Maya UI is now used for both internal and external preview renders. One can now render "AOVs only" to "it", without a primary display. There have been numerous improvements to asset naming conventions, particularly as pertains to the use of colons, hyphens, and underscores.

The file extension for deep shadows is now dtex. The matte option is now available for direct attachment to geometry. When changing the phase setting compute behavior of a pass that has nested child passes, we now propagate the phase value to the down-level passes. The new behavior is described in the comments in RMS.

After running this command, it is recommended that you save the scene and restart Maya. The behavior of the Use Background shader has been improved. Bug Fixes "Dirty"-detection has been refined. 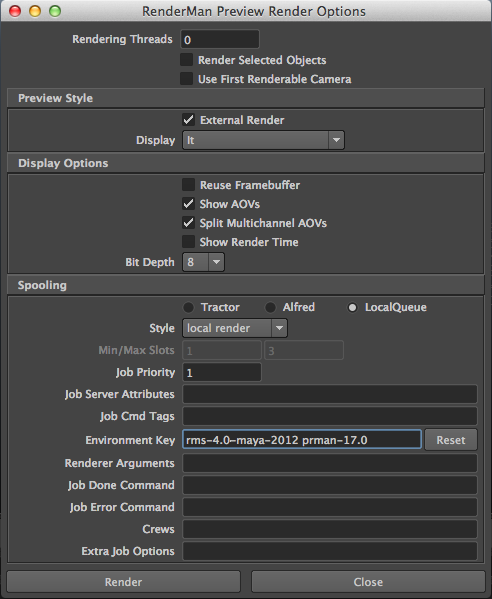 When using particle instancers, the instanced DAG can now be made invisible without making the particle instances invisible. Maya render layers are now rendered in the order expected, according to the display order in the Render Layer editor. Passes now initialize all sub-passes when necessary.

A bug that could cause objects without subsurface scattering components to be left out of a SSRender pass has been fixed. Fixed a bug in which outputs could overwrite one another when batch rendering with multiple layers or cameras. Passes are now properly inferred from a renderable stereo camera, as well as from a rig containing "left" and "right" child cameras. A bug that prevented the use of the same variable, e. 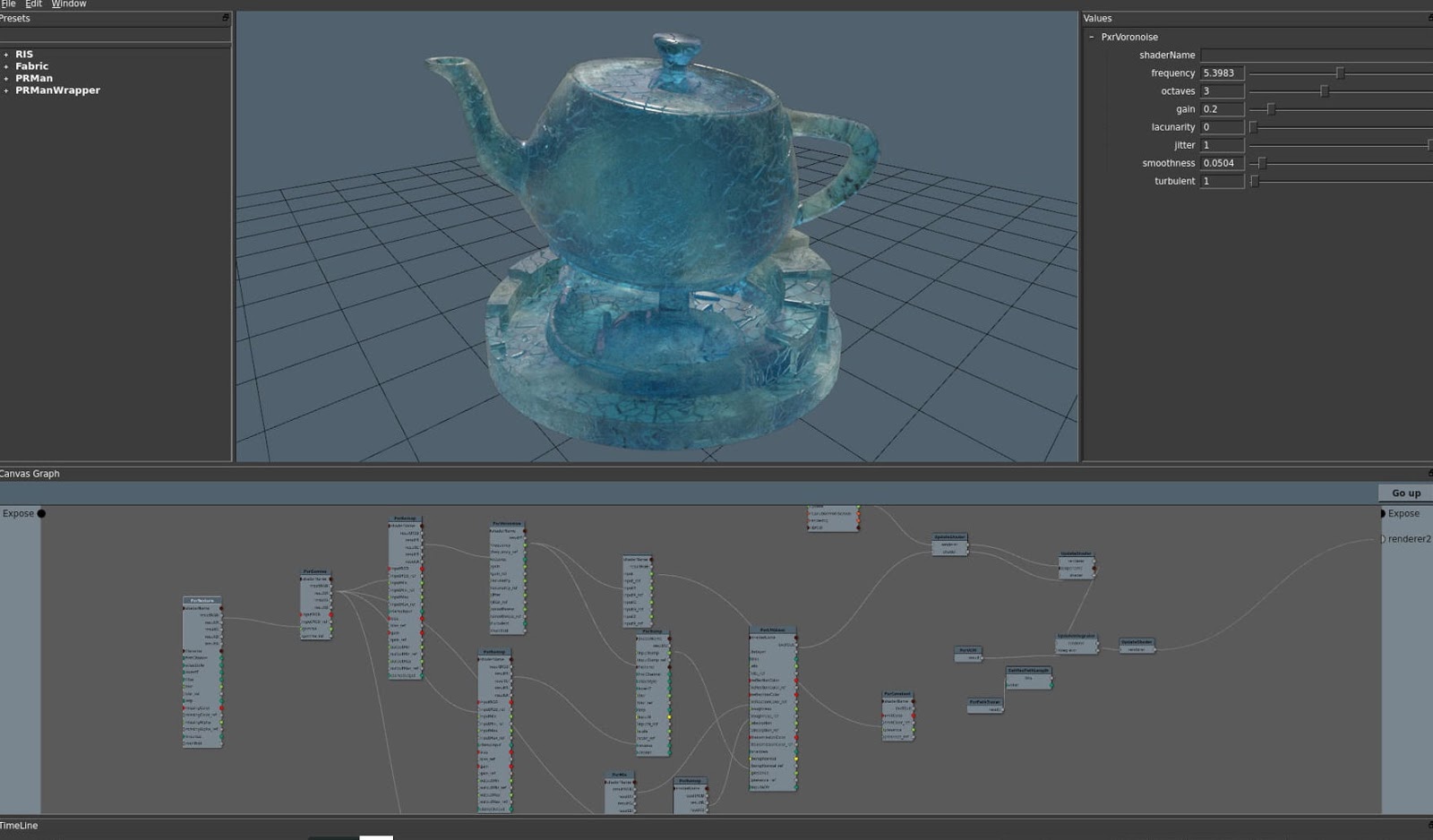 The "Display Options" section of preview render options window is now always properly enabled when "it" is the selected display. A bug that could cause a Maya batch render initiated from the command line to fail when using the -pad option has been fixed. Fixed a bug that could cause preview renders to use the camera specified in the Globals, rather than the "current" camera.

Fixed a bug that could cause errors when rendering curves via an external renderer. On such occasions when display channels or displays cannot be found, RfM now issues a warning, rather than crashing. Fixed a bug that could lead to a crash when generating RIB for a scene containing visible instances of a hidden object. Creating a custom channel no longer causes a spurious "unknown channel" error.

A bug that prevented texture sequences from being used on image planes has been fixed. Fixed a bug that prevented fur from rendering properly when specifying a uv-set other than the default. Translations of Maya lights now properly respond to the Shadow Rays parameter for ray-traced shadows. A bug that could result in a crash when rendering deep shadows from a point light source has been fixed. MTOR only Reference passes now work as expected. Subframe motion blur now renders properly. A bug that caused issues with per-face shading has been fixed. External Renders Only RIB generation for "remote rib, remote render" single-frame batch renders now works as expected.

We now emit an error, rather than crashing, when attempting to open a RIB file for ribgen fails, e. Animated fur length or baldness now renders correctly. Hiding or templating an instanced node e. Fixed a bug that forced all subsurface scattering to be baked to a single point cloud. Now, by default, scattering results from each shading group go into separate point cloud files, and this is customizable via the scattering map expression's -mapname argument.

Fixed a bug that incorrectly generated the name of a point cloud file during remote renders. The "mel" Tcl proc now returns a boolean rather than a float, as expected. Sprites now render with the correct orientation. Fixed a bug that could lead to a crash when rendering hair connected to a joint. Fixed a bug that caused lazy renders to fail for some implicit passes. The orientation of the environment sphere for the Environment Light has been updated so that reflections and the background image appear properly. Animated attributes in custom light shaders are now detected and rendered properly.